In this post, I will share hard drive repair or repair damaged hard drive and also share my personal experience of what happened with my hard drive.

So, without wasting time let’s get started…

Bad sector hard drive! Damage that is arguably very frightening for some PC users. The amount of important data on the hard disk makes many PC users even more worried.

I myself have changed the hard drive several times. My first 1TB hard drive, a year after I assembled the computer, the hard drive was already showing symptoms of damage. 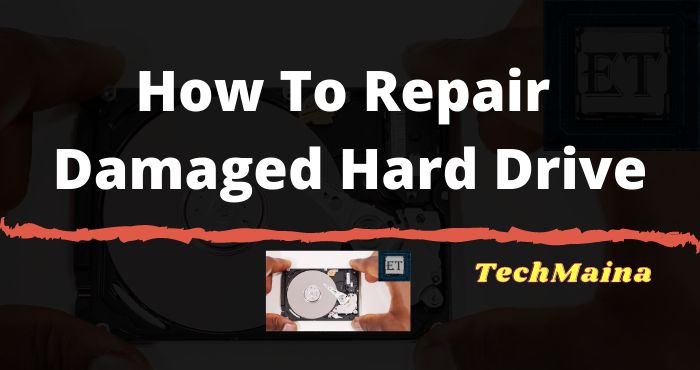 Sadly, the hard disk contains quite a lot of data for movies, anime, games, and software.

And the 1TB hard drive that was full earlier, finally broke and lost all data.

Second, there is no money to replace it, lucky I still have a hard drive in a damaged used laptop.

And it turns out that yes, the hard drive is damaged and can’t even be read in the BIOS, even though my previous hard drive was still read.

Read Also, Webcam or Logitech Webcam Not Working, How to Solve The Problem?

Third, I use another 320GB hard drive (for PC). I used this hard drive for about 1 and a half years.

Just like before, when my hard drive was full of anime and games, it broke again and lost all my data.

Finally, I tried to buy a used 160GB hard drive, a week after I filled it with data backups. The hard drive is showing symptoms of the disease.

Fortunately, there is still a warranty.

Confused why I often break my hard drive? Honestly, in my house, the electricity often goes down, because the power usage exceeds the limit provided by the house.

As a result of frequent downtime of electricity, I often experience hard drive damage.

How To Check Hard Drive Health?

Apart from a drop in electricity, there are several reasons why a hard drive can become a bad sector. The reason, please read below:

It is considered very effective, but the side effect that will be experienced by these metals is the change in electrical energy to heat energy (heat).

Heat in electronic devices can cause a decrease in performance, and can even damage the components inside, therefore some electronic devices such as projectors and desktop PCs use a fan (cooling pad) to help stabilize the temperature inside.

Computers and laptops that are used continuously and for a long time, will have an impact on the components contained therein to become damaged quickly.

Including the hard drive, every electronic device needs at least a ‘break’ to cool the temperature.

As the name suggests, a hard drive is a device whose main component is in the form of a ‘disk‘.

The position of the disc is very sensitive, if it is dropped or hit, there will likely be damage to the disc inside, and eventually, the hard drive will become damaged, therefore the hard drive should be handled very carefully.

Every object must have an obsolete period, including the hard drive, when the computer feels that it often hangs, slows, or lags, and re-installing the operating system can’t solve the problem, then consider replacing a new hard drive.

In some cases, bad sectors occur due to unstable power supply.

When the computer or laptop hangs (not responding), the user will usually turn off the device by pressing the power button and holding it for a while until the laptop turns off, so it can be said to be a force shutdown.

When the computer or laptop shuts down instantly, the disc in the hard drive which was spinning very fast up to 10,000 revolutions per minute, suddenly stops, and of course, if this happens many times it will have the potential to damage the hard drive.

What’s more, if computers or laptops are used to run software that requires large resources.

Most likely the hard drive will heat up quickly and may potentially experience damage.

How to Repair a Damaged Hard Drive [Hard Drive Repair]

To repair a damaged hard drive due to bad sectors, honestly, you have to chant. Also, please note that the bad sector damage is divided into 2:

This damage is caused by damage to the hard disk software, such as because you rarely defrag, get infected with viruses, and so on.

Second: The hard disk is damaged due to physical damage (physical bad sectors).

As previously explained, physical damage to this hard drive component can occur due to slams, too hot temperatures, and much more.

Damage like this is difficult to repair. The most common way to repair a physically damaged hard drive is usually to cannibalize a similar hard drive component.

Now my friend already knows the cause. Now, we move on to fix it. In the method below, I will share how to repair a hard drive that is affected by bad sector logic.

Why not physical? Bad sectors that are affected by physical damage, to be honest, are more complicated and require more knowledge about components.

For that, if you feel that your hard drive has never been exposed to destructive physical contact, there is no harm in trying the following methods.

Next, 3 Ways to repair a hard disk affected by bad sectors 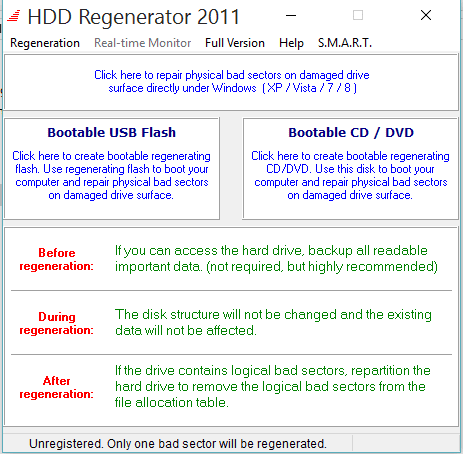 HDD Regenerator is one of the software I have ever tried to repair a hard drive. The way this software works looks for damaged sectors and then fixes them.

To use this software, you need one other hard drive on your computer / PC.

1 for the operating system (OS), and another hard drive to be repaired.

Spinrite, this software is the same as the previous HDD regenerator.

Now the difference is, this software works in booting / outside the OS or what is the term, more or less the same when you install the OS. With Spinrite, you no longer need to use 2 hard drives in 1 PC.

You only need to use a CD / DVD or flash disk as a bootable ISO file and burn it. 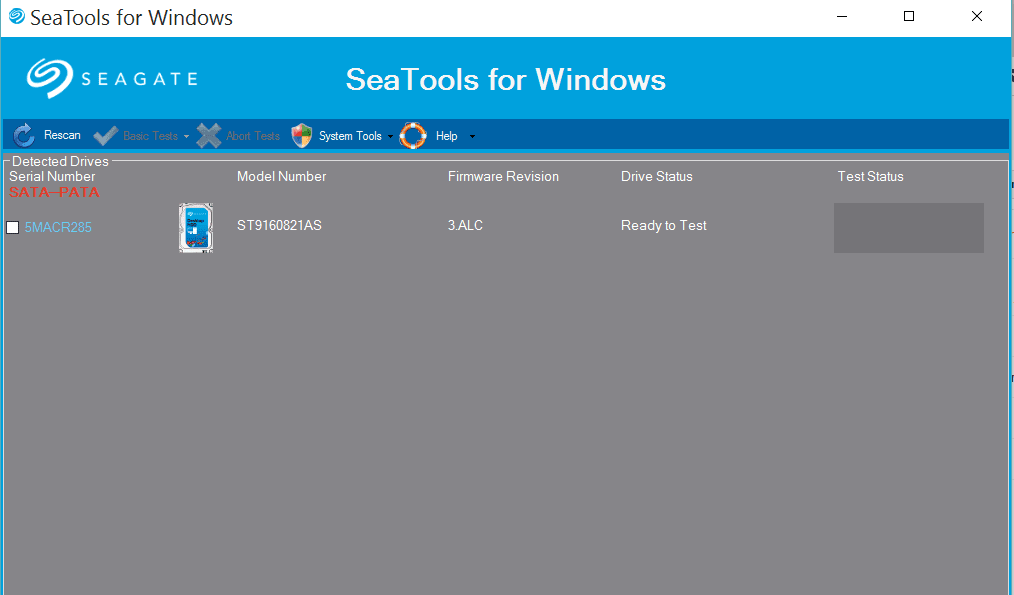 The damage that often occurs is due to the data storage disk on the hard disk that is very vulnerable to damage, plus less maintenance is paid attention to.

To find out the difference between physical and bad sector logic, we can try to solve the bad sector logic first by formatting the hard drive using low-level format software.

There are several things that we must prepare in advance:

So, the 3 ways above to repair a hard drive that is affected by bad sectors.

The type of damage and the luck factor as previously described, are very influential in the success of repairing the hard drive.

With the 3 methods above, hopefully, your hard disk that is affected by bad sectors can be repaired and run normally again.

How To Fix: Entry Point Not Found Error in Windows [2022]